The map() function is used to apply a function (custom or built-in) to each item of one or more iterables (lists, tuples, set etc.). The map function returns iterable e.g. a list after applying the given function – yielding the result.

To make it clearer, consider this example. Suppose, we have a list of mixed items i.e. strings, integers, and float.

We want to convert that list into the string. The join() method can be used for converting the list into a string, however, the list must contain string items only. Otherwise, it will produce an error.

So, how can we convert that list into the string?

Now, next question is, how to run the str() function on each item in a list? Read again the definition of map function!

So, by giving the str() function to the map() function and providing the list (an iterable), this is how the result can be achieved:

The complete code and output will be: 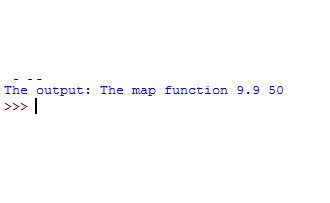 How to use the map function?

The general syntax of using the Python map function is:

A few points about the map function

An example of converting Fahrenheit to Celsius by using map

In this example, a list of Fahrenheit temperatures is created. A function calCelsius is also created that takes the Fahrenheit value as an argument and converts this to Celsius.

The map function is used where the Fahrenheit list is sent along with providing the calCelsius function. Finally, the returned list is displayed which is the converted temperature from Fahrenheit to Celsius:

You can see, the print function displays the converted temperatures.

Note: You may also use the list comprehension for this.

An example of using multiple iterators in map function

As mentioned earlier, you may use multiple iterators in the map function. In that case, the iterator will stop for the shortest iterator. To demonstrate both these things, I have created two lists in the following example.

The map function is used where that function is specified along with passing two lists. See the code and output: 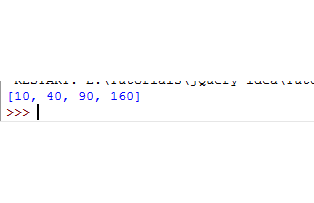 You can see, the resultant list contains four items. As the lowest list is exhausted with four items, the execution stopped. 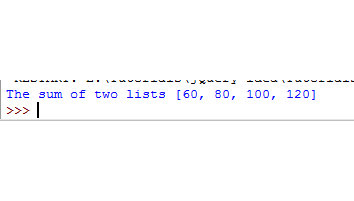 FYI, the lambda functions are anonymous functions that have no names in Python.