The MS SQL Server and MySQL database ROUND function is used to return the number rounded to the specified precision.

For example, we want to get the rounded number for 499.89, this is how you may use the ROUND function at its basic:

The second expression specifies the returned length after rounding the number.

The following example shows using the ROUND function queries with variations in SQL Server and MySQL.

A basic example of ROUND function

In this SQL query of ROUND function, I have given a number and provided the length argument. See the query and result:

(You may test this query on SQL Server and MySQL).

This query shows the rounding and rounding approximations. Two queries are used to make you understand that: 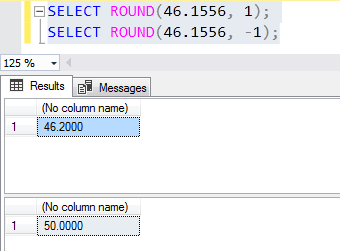 The reason is, the number towards the left is less than 5 while in the first case it was 6 (which is bigger than 5).

If we use -2 in the above query, the result is as follows:

The ROUND function has third parameter as well for which the default value is 0. The zero default value means round the numeric expression.

If you specify a value other than 0, the numeric expression is truncated. The following example shows the difference between rounding and truncation by using the third parameter: 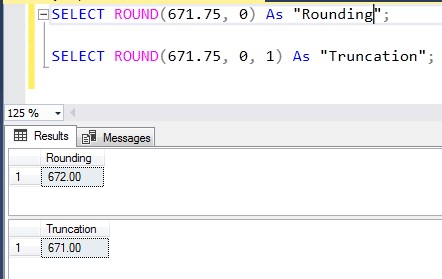 The example of using ROUND with table data

In this example, I have applied the ROUND function to a table’s column. The demo table stores data for the employee salaries paid every month. For the demo, the data of salaries is entered with decimal points.

The ROUND function is used in the SELECT statement and see the query and resultant graphic below. 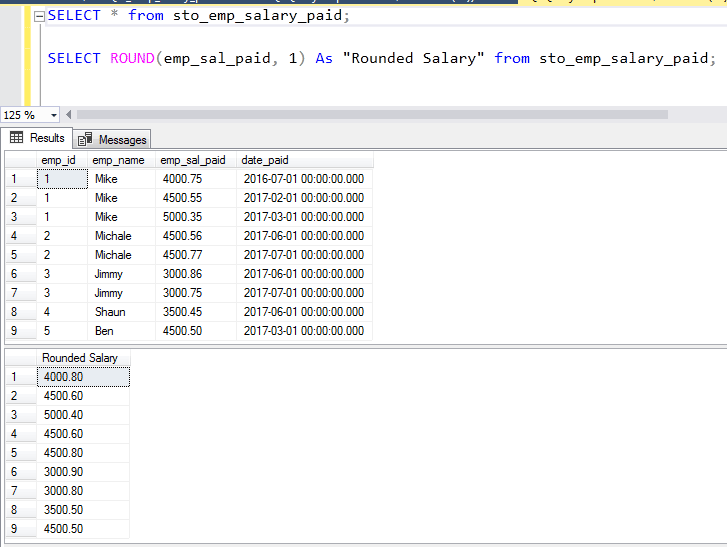 Getting the SUM of rounded column values

The following query shows using the SUM function with ROUND for getting the total of values after rounding the column. The same salary column is used as in above example: 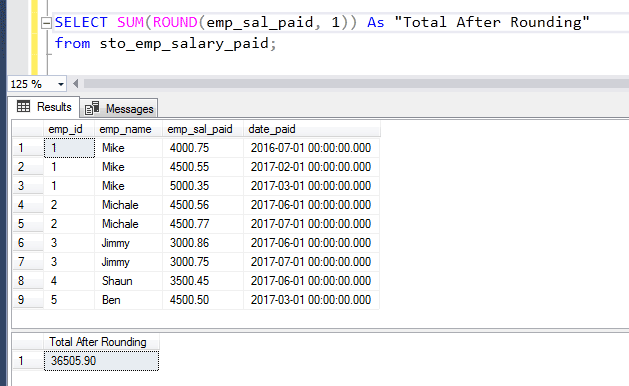 The GROUP BY Example with ROUND function

The last example shows using the GROUP BY clause with the ROUND and SUM functions. So, we will get the rounded sum of each employee rather than the accumulative result of the whole column.