Syntax of using the Switch case

The switch case is among the decision-making statements in PHP.

Before explaining the purpose and difference between the other decision-making statement (if..else) in the later part, let us first look at the syntax and live examples of using this.

Following is the general way to use PHP switch case statement: 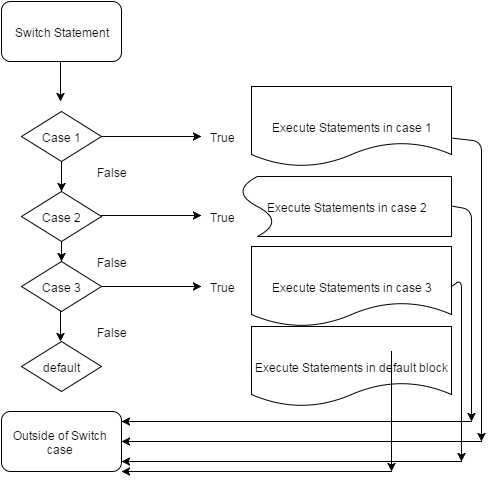 An example of switch case statement

This is a basic example of using the PHP switch with 5 cases and a default case. We simply declared a variable and assigned it a value. The variable is used as an expression in the switch statement.

After that, five cases are created for the constant values of 1 to 5. Whichever case evaluates as true, in that case, its 5, the variable value will be displayed by using the echo statement. See the example and code by clicking the link or image below: 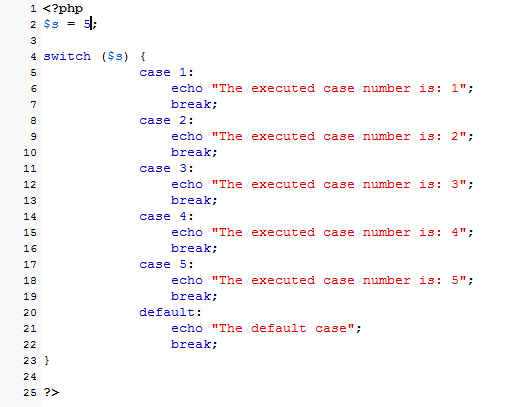 An example of switch case in PHP with Months

In the following example, we have used the date function to get the number of the current month. The month number can be taken by using the “n” date formatting character in date function.

The current month is assigned to a variable that acts as the expression in switch case PHP statement. Then we created twelve cases and whichever is true, it will display the month name.

In the real programming, this may be quite useful in some scenarios where you may get the current month and perform some action on that basis.

Also, note that we did not create the default case as there are only twelve possibilities that are also the number of cases used.

See the example and code by clicking the link or demo image below: 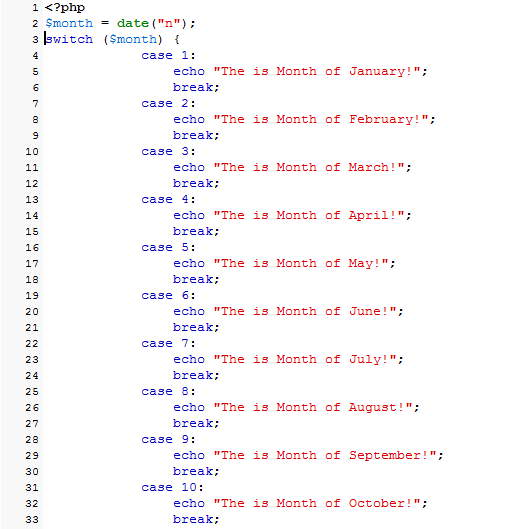 What is the switch case statement?

Where should you use the switch case statement?

As such, the switch case and if else statements are the decision-making statements in PHP:

How to use the PHP switch statement?

You have to use the switch keyword while using the switch case statement in PHP.