Following is the general way of using the LIKE operator.

The example below uses LIKE operator in the SELECT statement with ‘%’ wildcard. For that, we have an employee table that stores basic employee information (for the demo only).

We will search the table by employee name and see how % operator is used with LIKE: 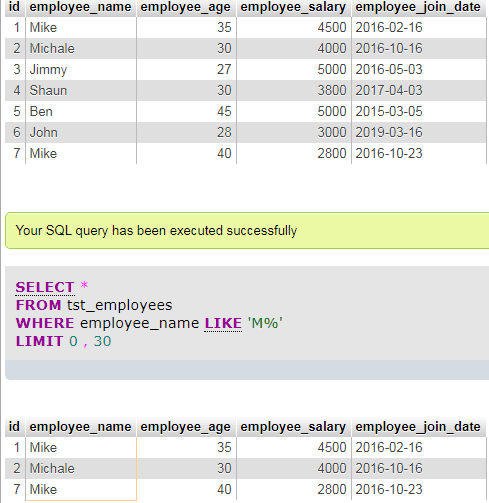 So, two queries in the above graphic; the first one fetches all rows from the employee table while the other used LIKE operator.

Using % towards both sides

In this example, the ‘%’ wildcard is used on both sides of the given search character. The query should return all employees records whose name has the character ‘a’ in between: 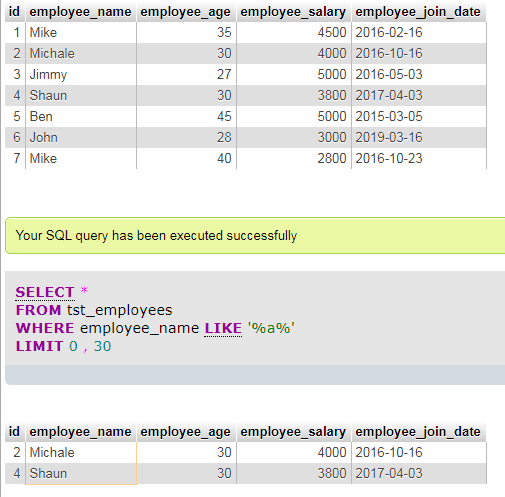 An example of using underscore (_) as wildcard

As such, the underscore wildcard (_) only replaces the single character, the example below uses it with the LIKE in the WHERE clause as follows:

Combination of both wildcards example

In this example, we will fetch the records by using both wildcards with the LIKE operator. The query will get records where employee name characters are at least five: 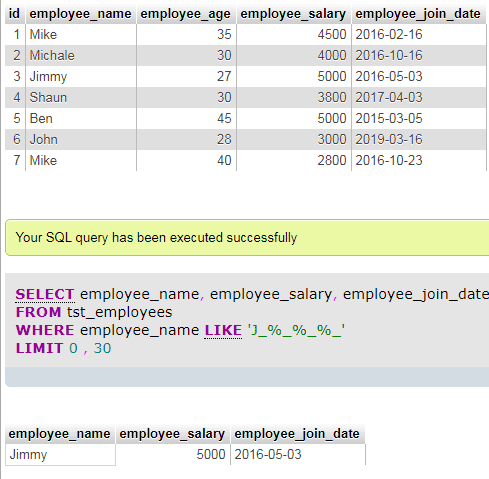 The final example uses the ‘%’ wildcard and fetches those records where employee name ends at letter ‘n’. See the query and result below:

You can see three employee names ending at letter n.