The accordion allows presenting content in collapsible panels. In this post, the accordion directives that you may use in your AngularJS / 2 projects is shared.

The angular-simple-accordion directive will convert any serial DOM elements into an accordion. For example, the <ul> and <li> tags.

How to Install this Angular accordion

You may install the simple-accordion by bower as follows:

The simple accordion directive has a few attributes that enable you setting the elements to be used for accordion, its headings, and content. The following attributes can be set:

An example of the simple markup for creating an accordion by using this directive:

See the complete code along with important CSS in the demo page. For learning more about this AngularJS directive, go to the developer’s page.

TheSirAccordion is a nice, easy to use multilevel accordion for AngularJS projects. You may install it via the bower:

Using directive of AngularJS for calling the SirAccordion:

Following is the code for HTML directive:

Read full documentation with JSON object configuration and other options/settings by following the link below.

The osha-accordian is an accordion that is implemented with Angular. This is like Bootstrap accordion. It also has pagination, so if your panels are more than five it is displayed to the second page and so on. 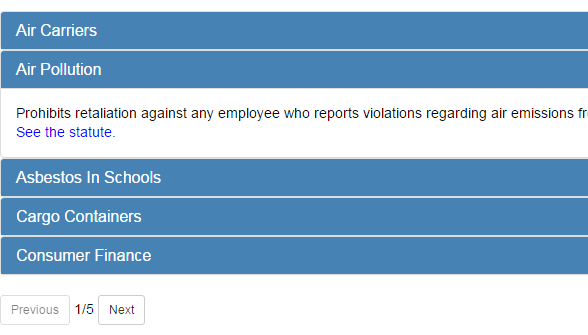 The accordion is responsive and adjusts to the size of the user’s screen.