If you are working on Git terminal then you may check the current repo (if any is added/set) by using this command:

This should display the URL of the current remote repository as shown below for our test purpose:

If you require adding a new repository then use the git remote add command as follows:

For example, this command adds our test remote repository (bootstrap.git):

If Git terminal returns a fatal error message like this:

You may use some other name than the origin. For example:

For testing, if the remote repo is added or not, run the remote –v command again i.e.

The result with our test:

You can see the remote repo with the name of my_bootstrap is added.

How to add a branch while having multiple repositories?

In this section, I will show you how to add a branch in a remote repository while having multiple branches.

For that, first I added another repository by using this command:

So, we have now three repositories as shown below:

Our target is to create a new branch, adding a file in the my_test repository. The branch name is “tst_multiple_br” and I will add a text file (tst1.txt).

This is followed by checking out this branch:

Now add the text file in that branch locally:

And finally pushing this branch and file in our target remote repository i.e. my_test

All these commands in the terminal with output: 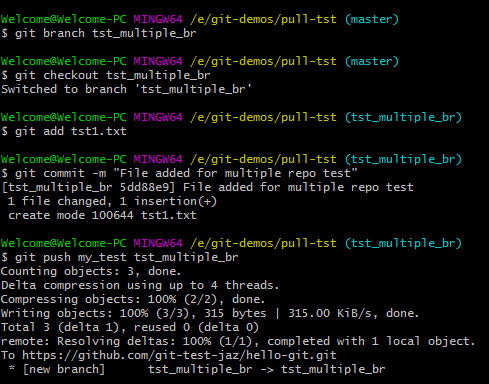 This is the online view of the remote repository after adding the branch/file: 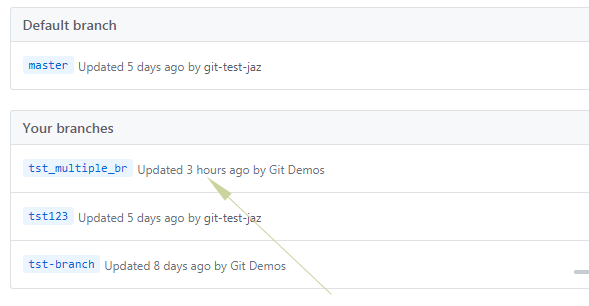